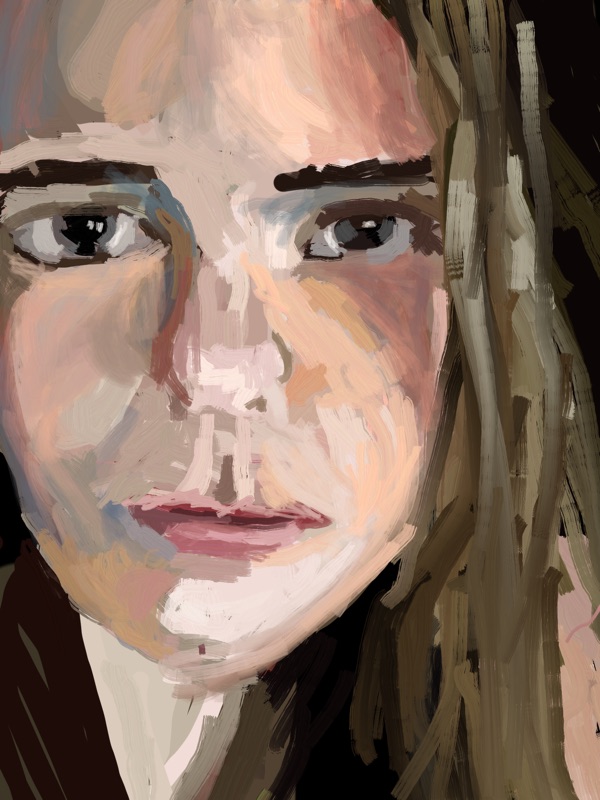 “Those Trojan Girls is a plot-filled, suspenseful potboiler. It’s not a game. Nothing you (or they) can do can prevent the fall of Troy or its terrible aftermath. Yet your choices (and chance) matter, and your reading of Those Trojan Girls is likely to differ from any other reading.” (Eastgate Systems, Inc.)

This is a work of hypertext fiction created with Storyspace 3.0 and released in 2016 at ACM Hypertext Halifax. 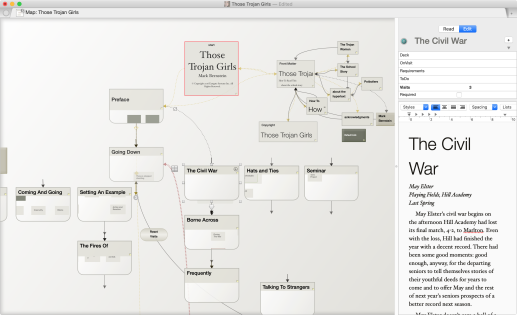 Students return once more to the halls of Hill Academy, an elite boarding school, as it resumes its customary rites and rhythms once more in this first winter of The Occupation. It will be a terrible year. The seniors are glad to see their friends: there’s Cassandra (whom no one can believe) talking to Polly Xena (the new headmaster’s inexplicable choice for Head Girl). By Spring, no one will be able to bear thinking about what happened to Polly, but of course she doesn’t know that yet.

Those Trojan Girls is a sprawling hypertext fiction that explores some open questions about the nuts-and-bolts engineering of non-sequential literary tales. How can we compose an exciting story that is also non-sequential? How can we open the story to the reader’s interaction and choice without turning it into a mere game in which the reader herself is the protagonist? The first generation of hypertext writers sought to break the conventional narrative line to create something bright and new, and Those Trojan Girls shoulders the humbler task of learning how to turn the levers of the Victorian sentimental novel in this new world.

The Traversal is a combination of a performance and talk aloud protocol of an interactive, multimedia work (i.e. born digital literature, video game, virtual world) on hardware and software for which the works were originally intended. It was developed by Dene Grigar and Stuart Moulthrop as a process of the Pathfinders methodology developed through a grant from the National Endowment for the Humanities. Grigar and her research team at the Electronic Literature Lab at Washington State University Vancouver has expanded the Traversal to live streamed performances via YouTube and captured in social media channels. To date, she has produced 17 Traversals, 11 of them published in Pathfinders and Rebooting Electronic Literature. 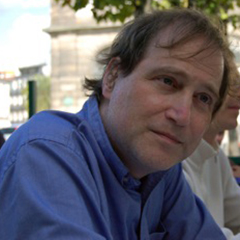 Mark Bernstein has published hypertexts and crafted hypertext writing environments since 1987. At Eastgate Systems, he edited and published many of the key titles in the history of hypertext. He is the designer of Tinderbox, a knowledge management tool for everyone’s everyday knowledge work that is used by writers and researchers across the world. In addition to his research publications on hypertext, new media and social media, he is the author of The Tinderbox Way, Getting Started In Hypertext Narrative, and the hypertext Election of 1912 (with Erin Sweeney) and Those Trojan Girls. A graduate of Swarthmore College, he received his doctorate from Harvard University.

Bernstein is the Artistic Director of the 2019 ACM Hypertext Conference taking place 17–20 September 2019 at Hof University. 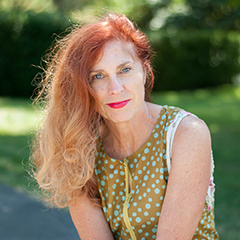 Dene Grigar is Professor and Director of The Creative Media & Digital Culture Program at Washington State University Vancouver whose research focuses on the creation, curation, preservation, and criticism of Electronic Literature, specifically building multimedial environments and experiences for live performance, installations, and curated spaces; desktop computers; and mobile media devices. She has authored 16 media works such as “Curlew” (2014), “A Villager’s Tale” (2011), the “24-Hour Micro E-Lit Project” (2009), “When Ghosts Will Die” (2008), and “Fallow Field: A Story in Two Parts” (2005), as well as 55 scholarly articles and four books. She also curates exhibits of electronic literature and media art, mounting shows at the British Computer Society and the Library of Congress and for the Symposium on Electronic Art (ISEA) and the Modern Language Association (MLA), among other venues. With Stuart Moulthrop (U of Wisconsin Milwaukee) she developed the methodology for documenting born digital media, a project that culminated in an open-source, multimedia book, entitled Pathfinders (2015), and book of media art criticism, entitled Traversals (2017), for The MIT Press. She is President of the Electronic Literature Organization, Associate Editor of Leonardo Reviews and Literary Studies in the Digital Age (LSDA), and a series editor for Electronic Literature, with Bloomsbury Press. In 2017 She was awarded the Lewis E. and Stella G. Buchanan Distinguished Professorship by her university. She also directs the Electronic Literature Lab at WSUV.

Grigar will be curating the exhibit, “Tear Down the Wall: The Art and Science of Hypertext,” at the 2019 ACM Hypertext Conference taking place 17–20 September 2019 at Hof University, Germany.